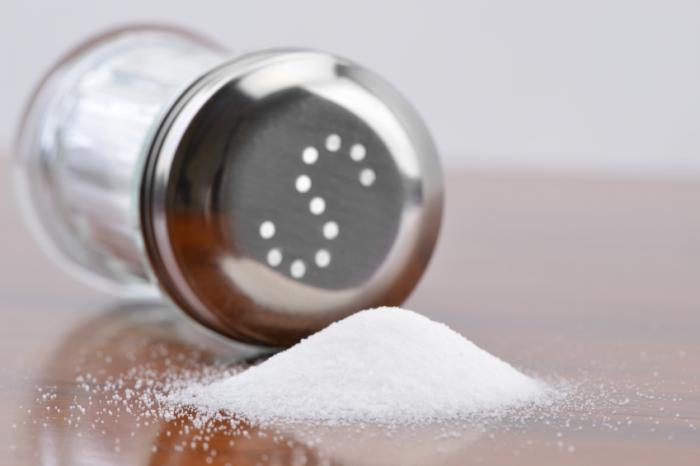 A high salt intake has been linked to increased blood pressure and greater risk for heart problems. But according to new research, low salt intake may be just as harmful.

Researchers suggest only people with high blood pressure who have a high salt intake should reduce their salt consumption.

Published in The Lancet, the study found that low salt, or sodium, intake may raise the risk of heart attack, stroke, and death, compared with an average salt intake.

Lead author Andrew Mente, of the Michael G. DeGroote School of Medicine at McMaster University in Canada, and colleagues say their results indicate only people with high blood pressure (hypertension) who have a high salt intake should reduce their salt consumption.

Furthermore, the researchers suggest current recommendations for daily salt consumption may be set too low.

The Dietary Guidelines for Americans recommend that Americans consume less than 2,300 milligrams of sodium each day – the equivalent to 1 teaspoon of salt.

However, a report from the Centers for Disease Control and Prevention (CDC) earlier this year revealed that around 90 percent of Americans consume salt at levels above the recommended limit.

It is widely accepted that too much salt in the diet can lead to high blood pressure, increasing the risk for heart attack, stroke, and other cardiovascular diseases.

But does reducing salt intake to the levels recommended in current guidelines really reduce the risk of such outcomes? This is what Mente and colleagues set out to investigate.
Risks of high salt intake only found in people with hypertension

The team analyzed data of more than 130,000 individuals spanning 49 countries.

They looked at the sodium intake of participants and how this related to the risk of heart disease and stroke among those with and without high blood pressure.

Compared with people who had an average sodium intake, the rates of heart attack, stroke, and death were higher among those who had a low sodium intake, regardless of whether participants had high blood pressure.

Interestingly, low salt intake in the study was defined as an intake of less than 3,000 milligrams a day, which is above current recommendations in the United States.

Furthermore, the researchers found that only individuals with high blood pressure appeared to be subject to the risks associated with high salt intake – defined as more than 6,000 milligrams daily.

“While our data highlights the importance of reducing high salt intake in people with hypertension, it does not support reducing salt intake to low levels.

Our findings are important because they show that lowering sodium is best targeted at those with hypertension who also consume high sodium diets.”

Based on their results, Mente suggests that strategies to reduce salt consumption should be targeted at those with high blood pressure who have a high salt intake.

Furthermore, the team believes the results indicate that the current daily recommendation for salt intake may be set too low.

“This study adds to our understanding of the relationship between salt intake and health, and questions the appropriateness of current guidelines that recommend low sodium intake in the entire population,” says study co-author Martin O’Donnell, of McMaster University and the National University of Ireland Galway.

“An approach that recommends salt in moderation, particularly focused on those with hypertension, appears more in-line with current evidence.”

Learn how salt could lead to weight gain by increased intake of fatty foods.
Written by Honor Whiteman